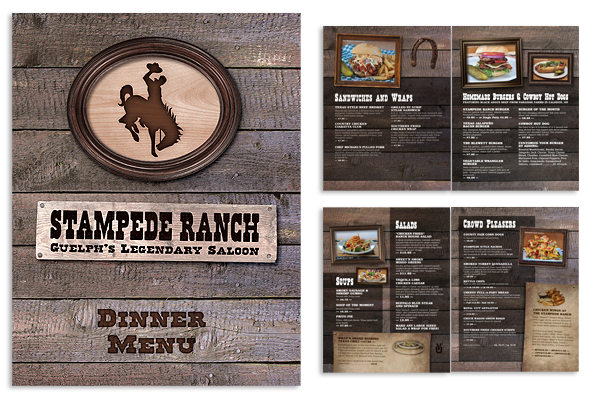 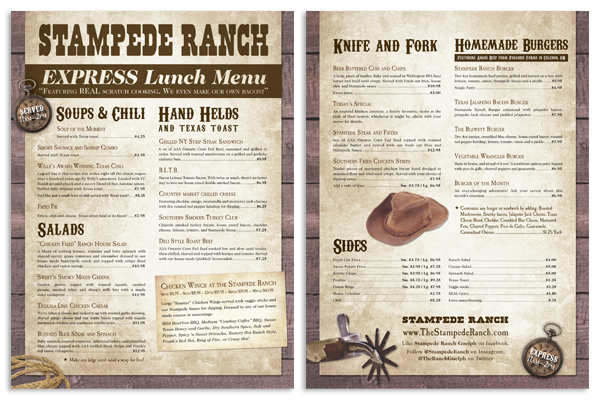 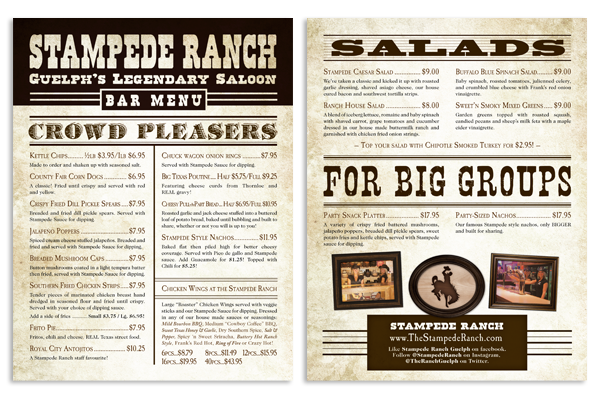 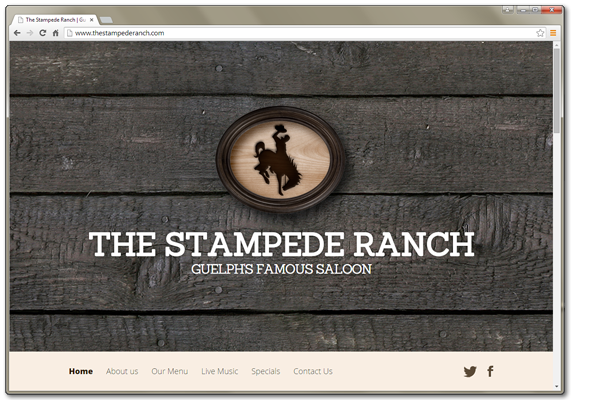 Project: Design a new bill of fare to compliment the delectable new menu of the Stampede Ranch.

The Stampede Ranch completely revised, expanded and enhanced their previous menu and needed to reflected this with a bold new design for the printed menus. The look, feel and energy of the country-western saloon was the driving force behind the theme of the menus.

The dinner menus are textured like the wood lined walls of the ranch and invoke the feeling of a warm county kitchen. All signature dishes are hung on the wall with care and featured menu items are nailed to the wall, to command your attention. The tantalizing meal descriptions are written in a bold, traditional serif with little ornamentation. The bar menus were designed with a ‘Wanted Poster’ style of typography, which helped to increase the legibility in low-light conditions. The lunch menus were a blend of both the bar and dinner menus, favouring the space-saving wanted poster typography with the added imagery of the dinner menus.

Thestampederanch.com was created to be a distribution channel for the menus in addition to being a portal to the social aspects of the bar. Prominence was given to the recent news and upcoming live performances.

The Stampede Ranch, Guelph’s Famous Saloon, offers scratch cooking comfort food and sources their ingredients from local farms and producers wherever possible and are proud supporters of the Ontario Grass Roots Program started in 2012. The Stampede Ranch has featured live performances of high energy, boot stompin’, country music every weekend for over 25 years.